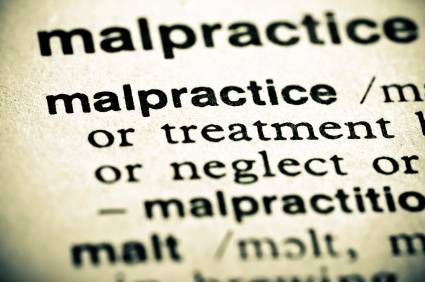 The National Institutes of Health (NIH) Diabetes Statistics from 2011 show that diabetes is the seventh leading cause of death in the U.S and that it affects 25.8 million people of all ages. The NIH statistics also show the numbers increasing, so it’s no surprise doctors and consumers are reaching for medications to get a handle on this disease. However, two drugs that are supposed to help people with Type-2 diabetes: Merck’s Januvia and Byetta from Bristol-Myers Squibb appear to be doing more harm than good.

A Consumer Reports article titled: New concerns over Byetta and Januvia underscores the value of older and cheaper diabetes drugs against the risks associated with these drugs that have been known since 2007.  It’s only now the Federal Drug Administration (FDA) is scrutinizing unpublished data reported in March in JAMA’s Internal Medicine that is pretty compelling. The report shows patients hospitalized with pancreatitis were twice as likely to be using Januvia or Byetta compared to diabetics who didn’t have pancreatitis.

The data was gathered from a study by researchers at Johns Hopkins in Baltimore that analyzed the medical records of 1,269 people with type 2 diabetes who filled at least one prescription for any diabetes drug over a three-year period. The researchers found 87 of the patients who developed pancreatitis were taking Byetta or Januvia, while 58 of the people who developed pancreatitis were taking some other diabetes drug.

When doctors prescribe a medication, they must consider several factors including the following:

However, it’s not just doctors who prescribe medications that are liable should a patient become injured.  It’s also the medical personnel who administer it and the pharmacists who fill the prescriptions who can also share in the liability of medication errors.

When someone is harmed by a failure to administer medications properly, it’s often due to medical negligence.  Consequences of medical malpractice issues due to medication errors and medical negligence can reach far and wide and include physical, financial, and emotional costs for those affected. The good news is that through the legal system, victims and their families can seek redress for their injuries and accountability for medical mistakes that have changed their life.

Nevertheless, medical malpractice litigation is extremely complex because there are so many different situations that can come into play. Those who need legal representation are advised to carefully select their counsel and find a firm that isn’t just knowledgeable in medication, but has a reputation for experience and a record of success winning medical malpractice cases.

If you or a loved one has been injured as a result of medical or hospital negligence, or medication errors regarding the drugs Januvia and Byetta, contact the West Palm Beach personal injury attorneys at Babbitt & Johnson, P.A. to schedule a free consultation regarding injuries you suffered as a result of these drugs. They will give you an honest assessment of your case and explain your legal options. Call 561-684-2500 or toll free at 888-666-0523.

Every accepted case is handled on a contingency basis, so there won’t be any attorney’s fees unless the case is won.