DePuy Hip Recall Attorney Serving All Of The United States 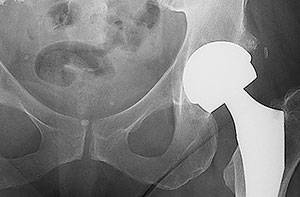 Concerns of the DePuy Hip Replacements

In August of 2010, DePuy announced the recall of two of its hip replacement systems due to high failure rates in the DePuy ASR™ XL Acetabular System and DePuy ASR™ Hip Resurfacing System. Thousands of patients complained of a wide variety of issues, including pain when weight is applied, difficulty walking, loosening, inflammation and tumors, among others. Many patients have been forced to undergo painful revision surgeries to correct the problem.

Another major concern with certain DePuy systems is their use of metal-on-metal components, including the DePuy ASR™ XL Acetabular System and the DePuy Pinnacle® Acetabular Cup System. While initially touted for their added stability and longer life, a growing body of evidence indicates that, as they loosen, the device releases microscopic bits of metal that get into and contaminate the bloodstream, eventually leading to a condition called metallosis.

Fighting for the Victims of Defective DePuy Implants

For people who received one of the defective implants, these legal actions have a number of important implications. First, you are entitled to seek damages for your pain and suffering, medical costs and lost income. If you have experienced any kind of ill effect that could be connected to an equipment defect, he is ready to help you.

Discuss Your Defective DePuy Hip Replacement Case With a Lawyer

Ted is a Florida-based defective DePuy hip replacement lawsuit attorney. Discuss your defective hip replacement case with him today. He will give you an assessment of your case and explain what your legal options are. Call him at (561) 375-2841 today. Every case he accept is handled on a contingency basis. This means you won’t be charged any attorney fees unless he wins.