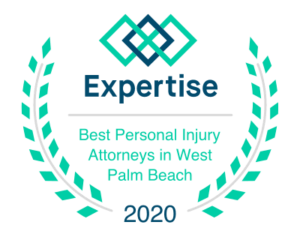 In the decades since founding the West Palm Beach law firm Babbitt & Johnson P.A., Ted Babbitt has not only compiled a record of success - He's built a reputation. Hard-working, tenacious, talented: These are the qualities that define Ted Babbitt. He has tried, negotiated, and prevailed in hundreds of sophisticated and cutting-edge litigation matters, from product liability to business litigation to catastrophic injury cases. He is now a shareholder at Searcy Denney Scarola Barnhart & Shipley.

A lot has changed since Ted first opened his doors in 1967 - new cases, new adversaries, new rules, new times - but his philosophy has always remained constant. He fights to protect the rights of his clients, to find answers, and to make the changes necessary to ensure that the negligence and wrongdoing that happened once never happens again.

One other thing hasn't changed: the results. Case by case, Ted hasn't just helped his clients obtain redress. He's won their respect. By treating their case as his cause, by ensuring that clients are always part of his team, and always as his first priority, he doesn't just work for the people who entrust him with their legal matters - he works with them. Responsibly. Efficiently. Effectively. Compassionately. Leveraging strategy and creativity, he's successfully tackled some of the most difficult legal challenges and won verdicts that have been among the largest in Florida history.

An Honest Review of Your Case

When potential clients contact West Palm Beach attorney Theodore Babbitt, he will personally review the case. Potential clients can speak with Ted and get all of their legal questions answered. He will provide an honest assessment of their case, explain their legal options, and let them know what we can do to help.

Located in West Palm Beach, Florida, accepting cases throughout the state of Florida.