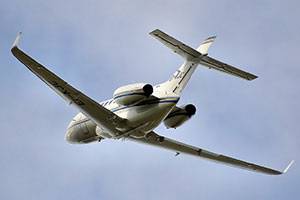 Aviation Accidents are devastating. They can cause death and tremendous damage – both for the passengers on board and people on the ground. They can destroy property, too. The physical, emotional, and financial harm can seem, and often is, unimaginable. Aviation cases are particularly complex. Not only do they require an in-depth knowledge of personal injury laws, but an understanding of aircraft – and the ability to navigate and interact with the government agencies that oversee aviation safety. There are numerous federal and state statutes and regulations to master, too. These are extraordinary cases that demand extraordinary lawyers.

Ted is not only aviation attorney. He is a pilot.

Ted Babbitt is uniquely positioned to handle such catastrophic injury matters. He hasn’t just logged years of trial experience, but more than 4,500 hours of flight time as a licensed commercial pilot and flight instructor. He has flown his own aircraft throughout the United States and the Caribbean and is intimately familiar with general aviation aircraft. He has mastered, in numerous cases over a long career, the nuances, strategies, and pitfalls of this challenging and complicated area of law.

Ted is a commercial pilot and flight instructor with ratings in single and multi-engine as well as glider. He has been flying since 1969 and has logged more than 4500 hours. His most recent plane was a twin engine jet prop seating 8. Ted is credited with being instrument rated with certification from Flight Safety and has flown volunteer flights as an “Angel” to allow sick people to get needed treatment. He is also signed up for “Pilots and Paws” to do the same thing for injured animals.

Since 1967, he’s handled numerous catastrophic injury cases – and recovered significant verdicts and settlements for his injured clients and the families of the deceased.

Why do I need a lawyer who is knowledgeable in this area of the law?

Like other professionals, lawyers tend to specialize in particular areas of practice. Some focus on real estate closings; others handle injury cases only. Some never see the inside of a courtroom, while others take many cases to trial. Each area of the law has its own rules, procedures, and nuances, and by concentrating in a specific field, a lawyer doesn’t just gain experience but comes to understand and exploit, the strategies and tactics that help them best serve their clients. In an aviation case, where both the emotions and stakes run high, it’s important to work with a lawyer who has already mastered the field – not one who will be learning on your time, and at your expense. Award-winning personal injury lawyer, Ted Babbitt has decades of experience handling catastrophic injury cases. He doesn’t just know the law, but how to use it to best protect, and vindicate, his clients’ rights – in each and every case he handles.

How will I go about paying for your time and expenses?

Most personal injury cases – including aviation accidents – are handled on a contingent fee agreement. This means that he receives a percentage of any recovery you receive as a result of the case, whether it be a verdict he wins or a settlement he negotiates. It also means that if no recovery is achieved, you pay nothing. Ted’s expenses work the same way. Should you recover an award or settlement, his costs in developing the case are deducted from that. If you don’t recover, you don’t repay him. The risk is his. He takes it because of his confidence in his abilities – and your case.

Who is legally liable for damages in a general aviation accident?

While the owner and operator of the aircraft certainly may be liable for damages, other parties can be legally liable, as well, depending on the cause of the accident. Plaintiffs may be able to recover from manufacturers and maintenance companies, for example, in certain circumstances. In one recent case, a company that leased an aircraft to an inexperienced pilot was found to be liable for the accident that resulted. Working with an experienced aviation attorney is essential in identifying all possible claims and defendants.

How do I know if I have a case?

Aviation accident cases are complex and demanding, and only a lawyer who focuses in the area can make an accurate determination of whether you have a valid claim. Ted has decades of experience litigating aviation suits, and, in a free consultation, can analyze your case, and its prospects.

If you or a loved one has been involved in an airplane accident, contact Ted Babbitt, for a free consultation and case evaluation.