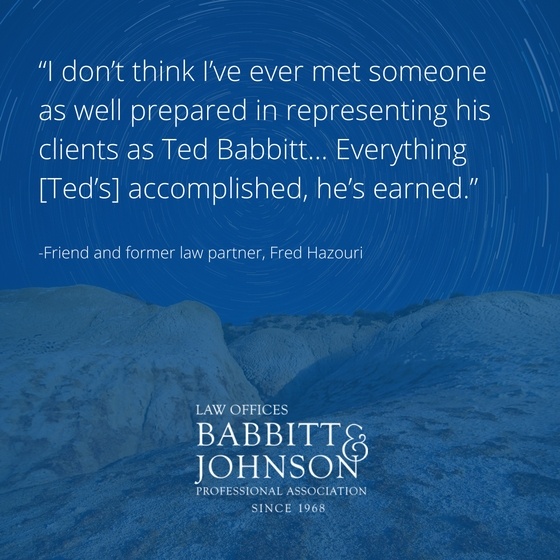 This quote: “I don’t think I’ve ever met someone as well prepared in representing his clients as Ted Babbitt… Everything [Ted’s] accomplished, he’s earned.” -Friend and former law partner Fred Hazouri came from an interview that Super Lawyers conducted with Ted Babbitt titled HOW THEODORE BABBITT TURNED HIS LIFE AROUND: A stint in the Marines lit a fire under the onetime underachiever.

The story covers Ted’s journey into law and some of his successes as well as his personal talents and interests. And one weakness…

“Everything he does, he likes to be the best at it,” said Hazouri, who met Babbitt in college on the handball court. “I’m a much better handball player. He probably wouldn’t admit it, but he should know it.”