Ted Babbitt spoke to WFTV9 in the segment titled, “Family sues Wuesthoff Medical Center claiming loved one couldn’t get ICU bed.” The piece focuses on a lawsuit filed by the victim’s family against Wuesthoff Medical Center in Rockledge, Florida. The lawsuit alleges that due to a lack of an intensive care unit (ICU) bed, the subsequent wait of more than 10 hours and not moving the victim to another hospital led to the 31-year old woman’s’ death.

Babbitt said in the interview, “I don’t think there’s any question that Shannon would have survived had she been transferred. Her condition was treatable. She needed, more than anything else, to get fluid.”

Click the image below to watch the full video: 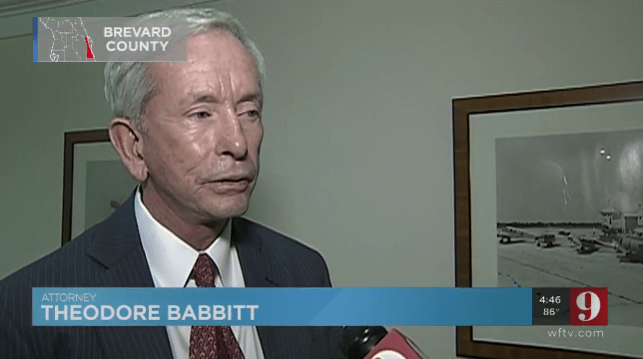 The nearly 50-page lawsuit claims that Shannon Lawley went to the ER in February 2012 with complaints of abdominal pain and shortness of breath. She was diagnosed with several conditions including pancreatitis. According to the lawsuit, there were no available ICU beds and there were also six other patients waiting for an available ICU bed. Lawley ended up on life support and died weeks later.

Ted Babbitt points out that the defendants named in the lawsuit put profit over people. “It was a corporate practice to pack this hospital, and they didn’t lose the money they would get from her very good health insurance,” said Babbitt.

The Florida-based medical negligence lawyers at Babbitt & Johnson, P.A. have helped countless hospital patients and their families who have suffered injuries or even death at the hands of inattentive caregivers and medical professionals. Our legal team rigorously pursues more openness in the medical profession that results in changes in policies and laws. Concurrent to that, we seek maximum compensation from health care facilities and parties who may be held accountable.

If you would like to speak with one of our medical negligence attorneys about a hospital negligence case, contact our lawyers today by completing our online form.