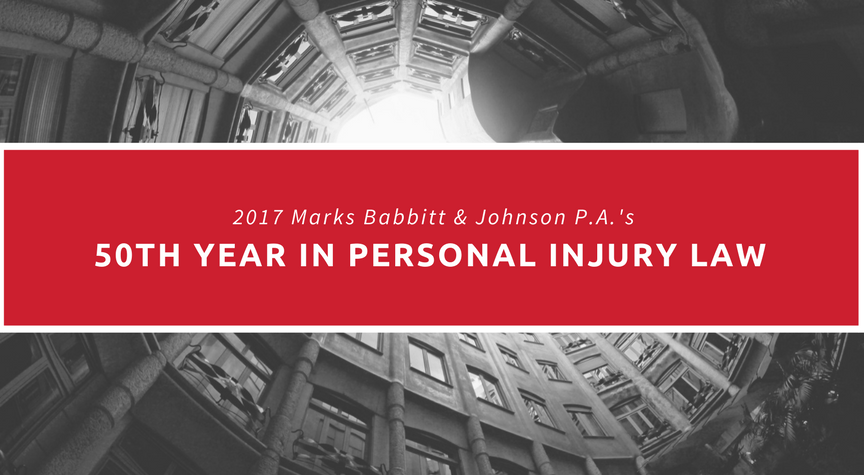 Babbitt & Johnson P.A. opened it’s doors in 1967, 50 years ago. Since its launch, our Florida personal injury law firm has won numerous multi-million dollar verdicts and settlements and has obtained some of the largest recoveries ever seen in Florida.

“A lot has changed since we first opened our doors in 1967 – new cases, new adversaries, new rules, new times – but our philosophy has always remained constant. We fight to protect the rights of our clients, to find answers, and to make the changes necessary to ensure that the negligence and wrongdoing that happened once never happens again.”