The suit was filed after a television report on “60 Minutes” was broadcast on March 1, 2015 sharing news about the Chinese manufacturer and supplier to Lumber Liquidators. The piece shared how they labeled the toxic laminate floor as being compliant with “CARB regulations in the State of California,” when, according to independent tests, they exceeded the formaldehyde toxicity limits by six, seven, or even 20 times. CARB is an acronym for the California Air Resources Board, disseminating safety standards adopted federally in 2010, with a completed phase-in scheduled later this year. During the “60 Minutes” report, Chinese managers at the factory told an undercover television crew that they knew the products were not compliant with CARB standards. 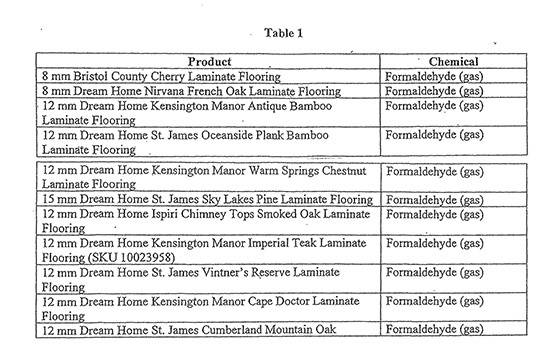 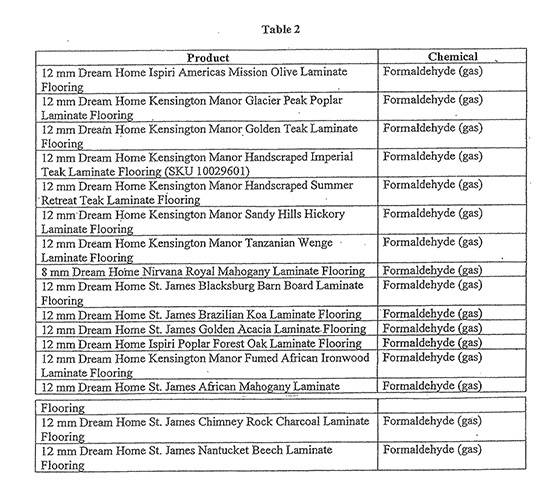 The 16-page lawsuit states: “No reasonable consumer would knowingly purchase a product that is illegal to own or possess. The purchased Toxic Laminate Flooring is unfit for the ordinary purpose for which it was intended. In fact, this Toxic Laminate Flooring is illegal, mislabeled, and economically worthless.” The suit seeks a jury trial and compensatory and punitive damages. The suit lists five causes of action: violation of Florida’s Deceptive and Unfair Trade Practices Act; unjust enrichment; breach of implied warranty of merchantability; breach of express warranty; and negligence.

Theodore “Ted” Babbitt of Babbitt & Johnson was quoted in the press release saying: “This is the largest specialty retailer of hardwood flooring in North America. Not only is it an unlawful deception. It is a public danger potentially harmful to thousands, if not millions, of people. These products are illegal.”

Weil Quaranta partner Ronald Weil was also quoted: “Who knows how many thousands of homes in Florida and the nation have such a dangerous level of toxins in their floors? This is a public danger. This issue of formaldehyde in Lumber Liquidators products goes back to 2013.” Weil filed the suit in U.S. District Court in Miami.

Formaldehyde can cause cancer, asthma, chronic respiratory irritation, skin and breathing problems, with a significantly greater risk of health problems in children.

Concerned consumers who bought wood veneer flooring or any of the products listed above can contact us online or via phone at (561) 375-2841.  They can also email Kristine Rodriguez at Kristine@wqmlaw.net or call her directly at 305-372-5352.