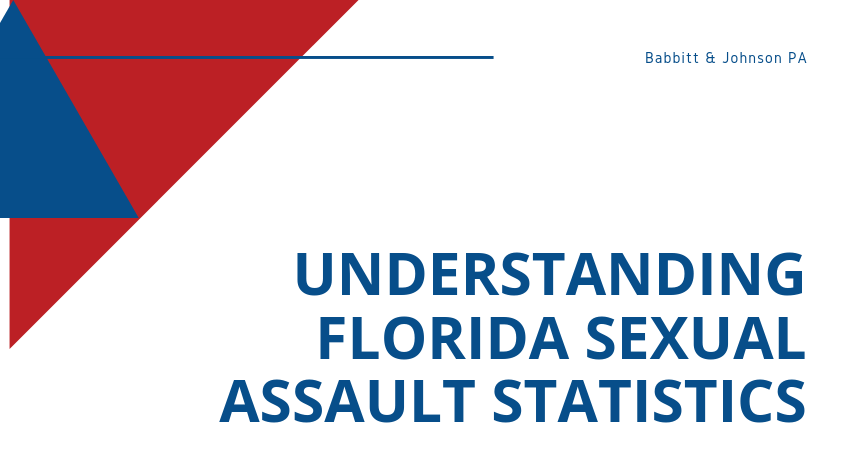 Sexual assault in the State of Florida means any unwanted sexual contact made against another person, whether rape, attempted rape, molestation, harassment, sex trafficking or sexual abuse. The seriousness of this kind of assault cannot be understated, and its consequences can leave victims and their families grappling with physical and emotional trauma that lasts for years, if not a lifetime.

While statistics can’t convey the whole of such trauma, they can be helpful in understanding the magnitude of the problem. Among those statistics:

Babbitt & Johnson PA is committed to representing victims of these and other sexual assault crimes. We can work with you to pursue civil action against a perpetrator and any other parties who may be liable. If you or someone in your family is the victim of sexual assault, reach out today so we can help you receive compensation for you or your loved one.