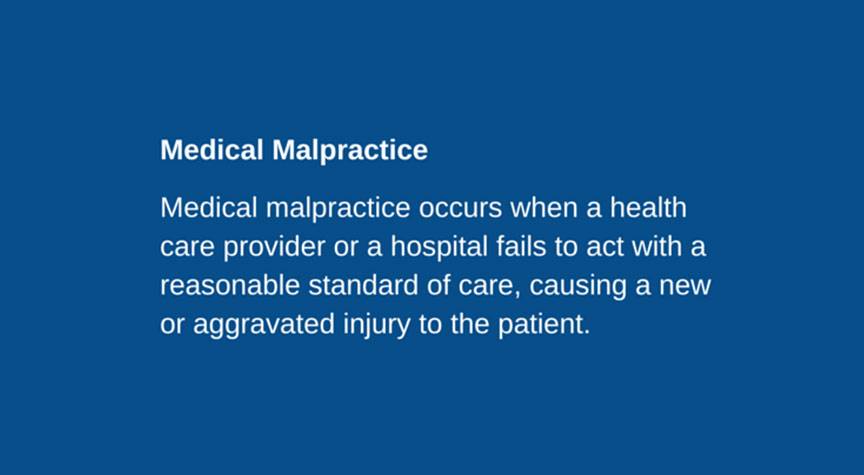 Medical errors are more common than one might think; the numbers are shocking. A study done in 1999 by the Institute of Medicine estimated that medical errors in hospitals result in up to 98,000 deaths due to medical errors. A 2013 study done by Journal of Patients Safety stated, “premature deaths associated with preventable harm to patients was estimated at more than 400,000 per year”.  Medical malpractice, unfortunately, takes many forms. Some examples include:

These mistakes can cause birth trauma, brain injury, paralysis, amputation, disability, and disfigurement. The injuries are often permanent – and, in some cases, result in death.

If you or someone you care about has been injured due to medical negligence, contact our experienced Medical Malpractice Lawyers. We’ve been representing victims since 1967.