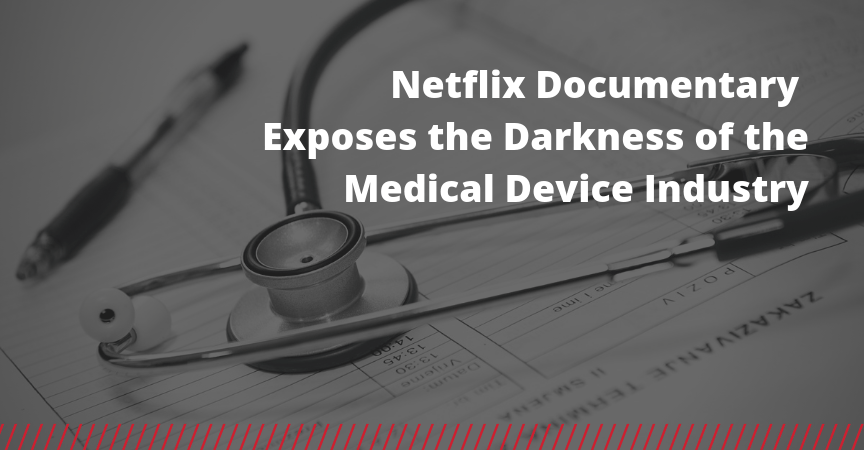 A Netflix documentary titled The Bleeding Edge focuses on how medical device innovation can lead to devastating consequences for patients.

“It’s not just the devices we actually show in our film, it’s actually devices across the board. The system is flawed and it puts patients unnecessarily at risk and that’s why we made this film,” said the co-filmmaker of the documentary, Amy Ziering. “Ninety-eight percent of devices can be approved for sale without any studies in humans, meaning we are Guinea pigs and we don’t know it.”

Both partners at Babbitt and Johnson P.A., Joe Johnson and Ted Babbitt have extensive experience in medical product liability.

In the beginning of 2018, Joe Johnson was one of the attorneys on the trial team who successfully prosecuted a case regarding a woman who said a Bard G2 IVC filter (a clot-trapping vein filter), manufactured by C.R. Bard Inc., broke apart in her body. The jury awarded her $3.6 million.

Ted Babbitt said, “I have seen first-hand the devastation that poorly designed medical devices can cause on the lives of medical consumers and their families.” He added, “Our firm is dedicated to righting the wrongs caused by unfeeling manufacturers who put profit before patients.”

Those who design and build a medical device have a responsibility to create a safe product. When they fail, their devices fail, and people can suffer. But negligence doesn’t have to go unanswered. Consumers may have a lawsuit – and recourse – against the designer, manufacturer, or distributor of a faulty medical device.