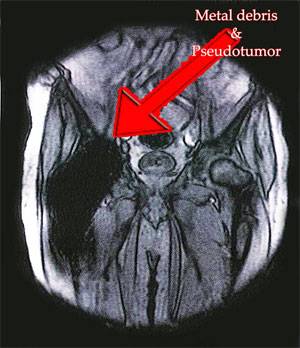 The first trial for Stryker artificial hip implants in Palm Beach County is set to begin February 2016. The plaintiff’s scheduling order was granted by Judge Donald W. Hafele of the 15th Judicial Circuit for Palm Beach County, Florida. This announcement should be welcome news to those who have suffered pain from defective Stryker Rejuvenate artificial hip implants that were designed and touted to help them.

In 2010, the Stryker Corporation, one of the world’s largest medical device companies operating in the global market, released its Rejuvenate and ABG II; a modular hip system of femoral bodies and necks. This new device was designed to provide: 1) enhanced stability; proven modularity and intraoperative flexibility. This device also came with promises to surgeons of unparalleled options for personalizing the implant to each patient’s anatomy.

Not that long after its release, the Stryker Rejuvenate and ABG II devices began to fail. While this device is not a metal-on-metal hip replacement, patients who received Stryker hip replacements began complaining of metal-on-metal injuries at the location where the metal modular stem meets the metal neck of the device. Given the large number of claims nationwide, the Stryker medical device case is likely to be one of the largest against a manufacturer on record.

As Stryker Rejuvenate and ABG II Attorneys, we encourage individuals experiencing problems after hip replacement surgery, to contact Babbitt & Johnson, P.A. to determine if you have a valid medical device case. Consumers do not have to suffer through medical device injuries. They may have legal recourse to sue the designer, manufacturer, or distributor of the faulty medical device.

We aggressively go after manufacturers of defective medical devices and hold them accountable for their negligence.