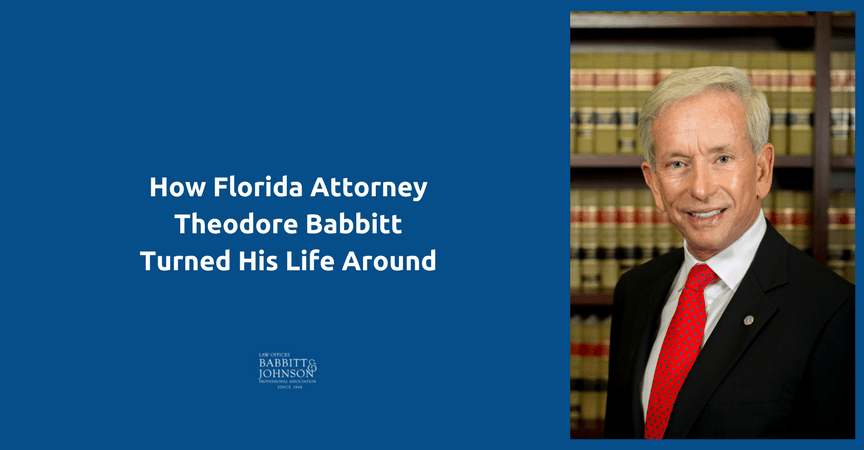 The 2014 Super Lawyers Magazine article titled: “How Theodore Babbitt Turned His Life Around” provides a window into the dynamic early career of Ted Babbitt, founder of Babbitt & Johnson P.A. From juvenile delinquent on a path to nowhere to becoming one of the top 100 Plaintiff Attorneys in the U.S., the article captures Ted Babbitt’s unique route to success driven by his competitive nature and appetite to take on any challenge.

For a man whose junior college counselor told him he would not amount to much, Ted’s academic accomplishments are impressive. He finished junior college early and went on to major in psychology at the University of Florida. He began law school at age 23 and graduated fifth in his class.

From that momentum, Ted began his professional career and ended up with equally remarkable results.

His determination is the reason that at 72, Ted Babbitt is going stronger than ever both professionally and personally. And with so many varied skills and interests, he shows no signs of slowing down. He takes care of himself through his very active lifestyle and still remains a tough advocate for disadvantaged clients taking on major corporations and industries on their behalf.

We encourage you to visit SuperLawyers.com to read the entire article about Ted Babbitt.