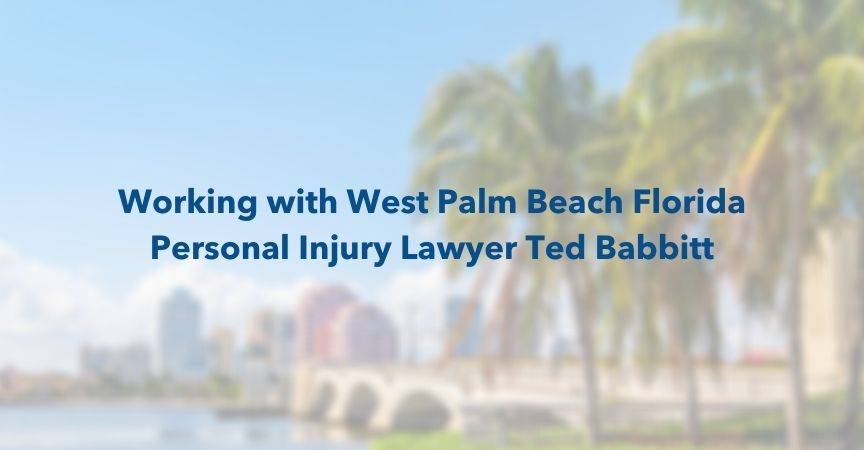 Josh Perry, a former client of Ted Babbitt, was a young, fit, healthy 38-year-old, proud father of two, married, and an aspiring businessman when his life suddenly changed. Just before dawn, about 40 minutes into his drive to work, he was involved in a severe motor vehicle accident on the highway, traveling approximately 70 mph. He became wedged beneath the rear end of a nearly stationary tractor-trailer and the impact left him pinned and trapped in his vehicle and dragged further down the road sustaining life-altering injuries.

Josh shares his experience working with West Palm Beach Florida personal injury lawyer Ted Babbitt who took on a Fortune 10 company on his behalf. The case was ultimately, and successfully, settled. Ted has always been committed to giving his clients the attention – and the resources – they deserve. For Ted, “no detail is too small, and no opponent is too big”. Ted Babbitt is dedicated to helping his clients seek redress – and accountability – for the harm they’ve suffered.

He discusses his experience working with Ted Babbitt:

“Fortunately for me, I ended up with Ted and I’m forever grateful for the care and the love that he gave me. Walking me through the process, keeping me informed throughout. Ted definitely helped me plan for things I would have never known to think about. Some of the great things that have happened in my life have happened as a result of this accident. You come out of it stronger too, especially when you surround yourself with great people. Ted definitely took care of me, and I have no hesitation recommending him to anyone that is in need of assistance.”