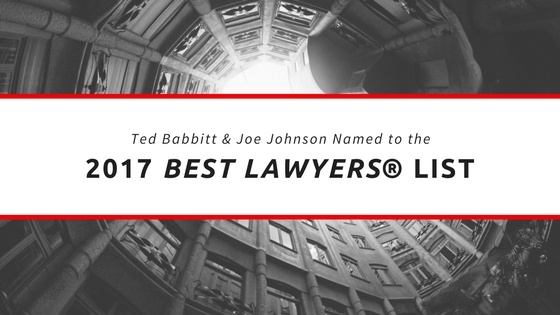 Florida attorneys Ted Babbitt and Joe Johnson have been recognized in the 2017 Edition of The Best Lawyers in America list.

Ted Babbitt has been listed in Best Lawyers® every year since the 1987 edition. He has been selected by his peers in the following areas:

Joe Johnson has been recognized by Best Lawyers since 2014. He was selected by his peers in the following field:

Congratulations to Ted and Joe for being selected by their peers for inclusion in the 2017 Best Lawyers in America© list.