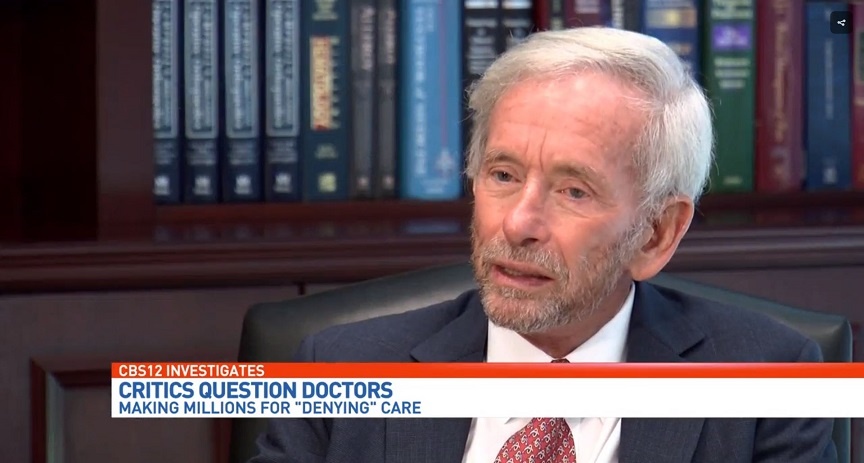 CBS12 Investigates did a story highlighting a group of doctors in Palm Beach County that is getting tens of millions of dollars a year. In their article titled Critics question doctors making millions for ‘denying’ healthcare, they explain saying, “Critics call it an unintended consequence of the Affordable Care Act.”

The program, called the Accountable Care Organization (also knows as an A.C.O.) describes ACO as a group of doctors working together to provide coordinated care for their Medicare patients to improve care and cut costs. The CBS article continues saying that “This coordinated care is supposed to save taxpayer dollars and help patients recover faster. But at what cost?”

Malpractice lawyer Ted Babbitt was interviewed. “Doctors are being paid to deny care to patients who need it. That in my estimation is just horrible,” he said. “The patient has no idea they are being denied care. It is impossible for a patient to know that they need that care until they get sick.”