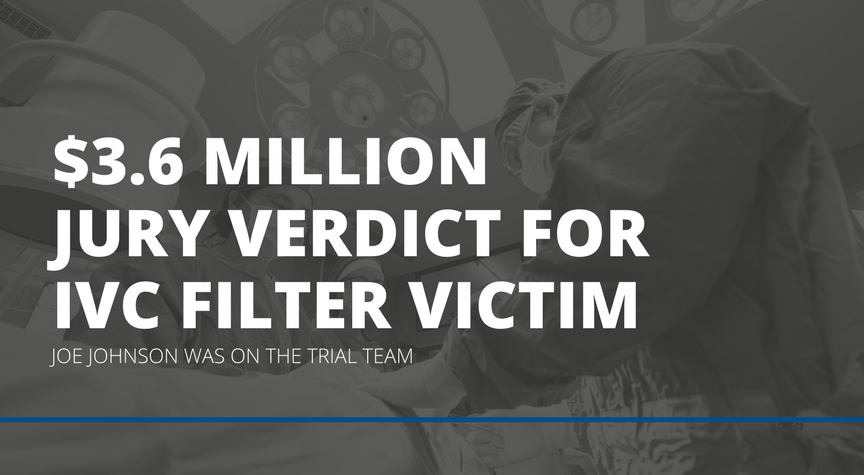 A $1.6 million in compensatory damages and $2 million in punitive damages were awarded on Friday to a woman who said a Bard G2 filter (a clot-stopping vein filter), manufactured by C.R. Bard Inc., broke apart in her body, finding the device maker responsible for 80 percent of the harm.

Joe Johnson was one of the attorneys on the trial team and was very involved in all aspects of this trial.

According to Law360, “The jury attributed 20 percent of the fault to a radiologist who failed to flag a visibly separated filter piece on an X-ray in 2009, before Booker’s injuries developed to the point where she needed open-heart surgery. The other 80 percent was attributable to C.R. Bard.”

“The G2, which looks a bit like a daddy longlegs, did not have to undergo the normal gauntlet of clinical testing before its approval, because it was submitted to the FDA under a 510(k), in which a manufacturer certifies that a new device is similar to one already approved.”

“This was a human experiment that went terribly wrong. Bard put this filter in the market without any safety testing and used real people in the real world as their experiment,” said Johnson.