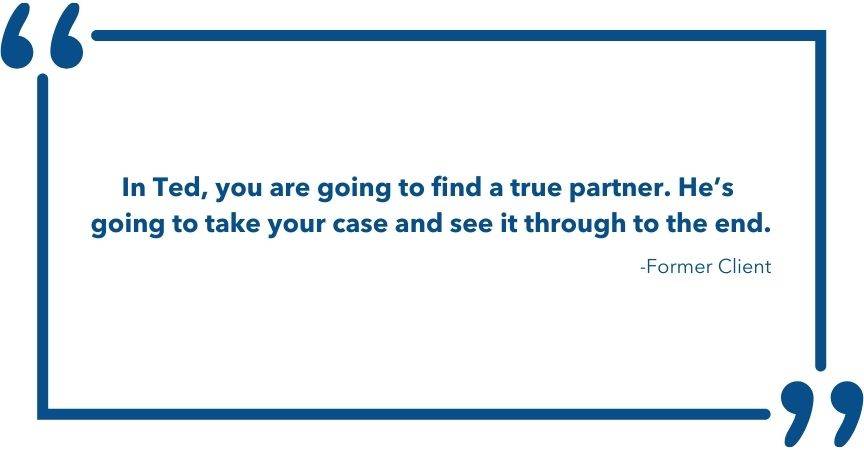 He took on the Church of Scientology, suing for fraud, on behalf of his client. Many lawyers are discouraged from taking these types of cases because the Church of Scientology uses scorched earth tactics when dealing with legal cases (a military strategy that aims to destroy anything that might be useful to the enemy), but Ted Babbitt does not give up.

“In Ted, you are going to find a true partner. He’s going to take your case and see it through to the end.” – Former Client

Whether a client has been physically injured by someone else’s negligence, or financially injured as a result of fraud or other means, Ted fights for their interests with the skill he’s developed over five decades — and the compassion he had long before.

Click here to learn more about Ted Babbitt and his success as a West Palm Beach personal injury lawyer.