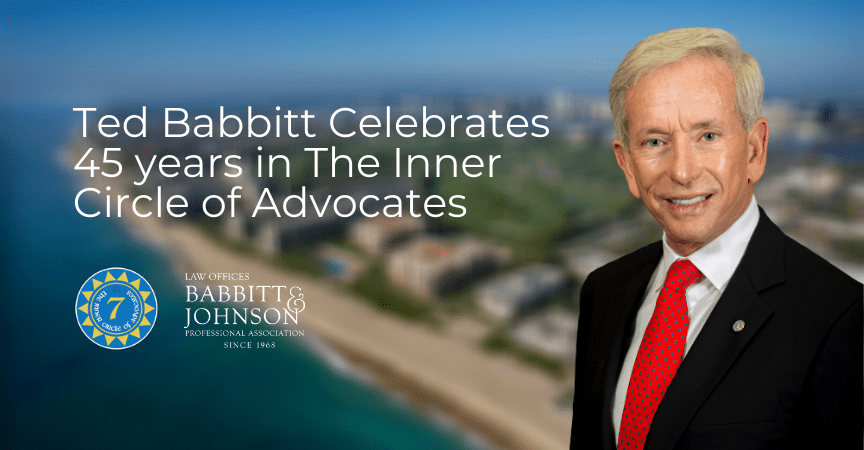 In 1975, Theodore (Ted) Babbitt was invited to join The Inner Circle of Advocates, an organization of the best 100 civil plaintiff trial lawyers in the United States. Members of the Inner Circle are close-knit professional colleagues that often function as a collective law firm sharing experience, knowledge, and skill, despite being spread across the country. An Inner Circle Member must have at least three verdicts of one million dollars or a recent verdict in excess of ten million dollars.

Ted’s firm was the first law firm in Palm Beach County to win a million-dollar verdict.

2020 marks Ted’s 45th anniversary as a member of this prestigious organization.