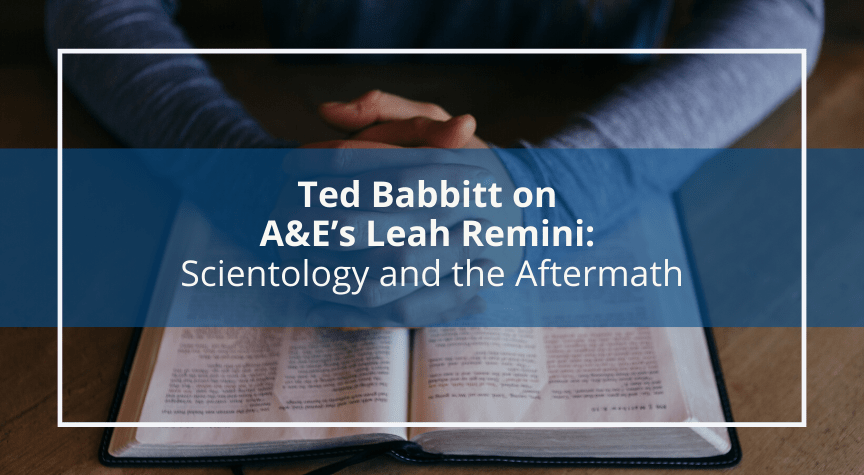 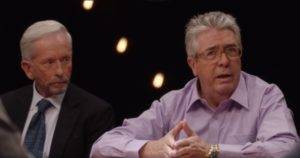 On October 24th, 2017, Ted Babbitt was on A&E’s Leah Remini: Scientology and the Aftermath. He participated in a roundtable discussion led by ex-Scientologists, Leah Remini and Mike Rinder, where they reviewed contracts Scientologists follow. They discussed how these contracts can cause Scientologists to go into financial burdens.

Ted is representing Luis Garcia and his wife, in a Scientology fraud case. Luis Garcia, an ex-Scientologist who reached OT VIII level – the highest level in Scientology, gave large amounts of money to the church. The Garcia’s are claiming the church deceived them out of $465,000 to fund their operation in Clearwater on Florida’s Gulf Coast. 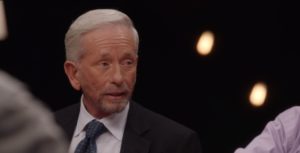 Ted has been battling Scientology for over four years. At one hearing they had 18 lawyers sitting in the courtroom, including specialists in the first amendment. That hasn’t stopped Ted. Ted has diligently won each hurdle until he got to arbitration.

According to Scientology.org, a Suppressive Person is “a person who seeks to suppress other people in their vicinity. A Suppressive Person will goof up or vilify any effort to help anybody and particularly knife with violence anything calculated to make human beings more powerful or more intelligent.”

Even more complicated, if Scientologists in good standing ever sided with the Garcia’s, those Scientologists themselves would be titled a Suppressive Person.

But Ted refuses to give up.